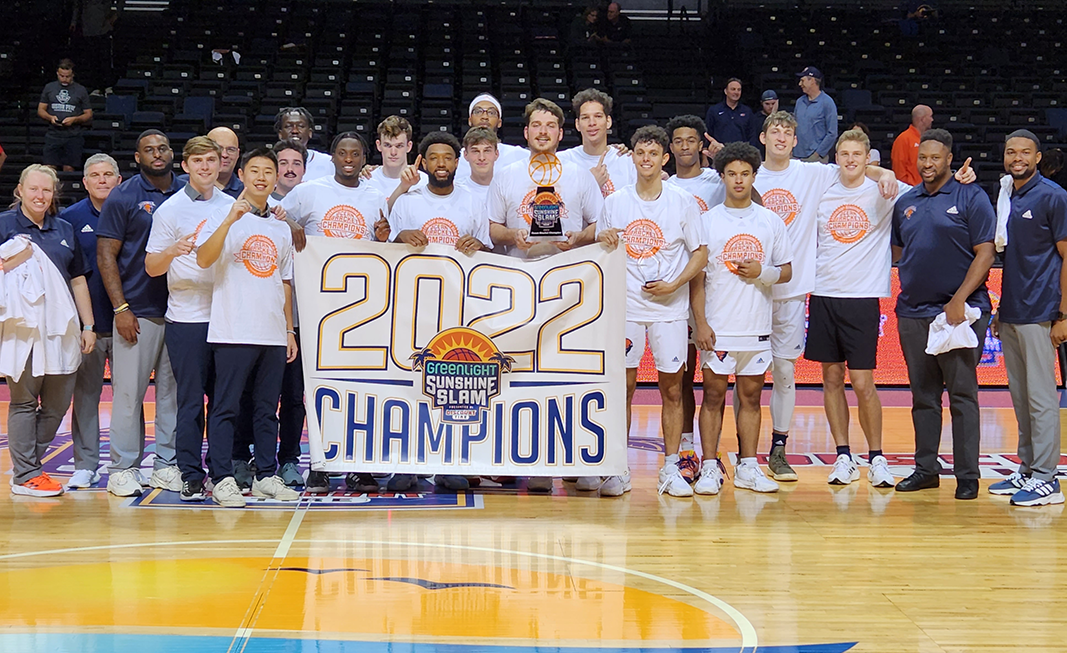 DAYTONA BEACH, Fla. – UAB and Bucknell won their respective brackets in the Greenlight Sunshine Slam presented by Discount Tire at the Ocean Center.

In the Beach Bracket, UAB came back to earn an 87-73 win over Georgia.

Trailing 42-41 at the half, the Blazers outscored the Bulldogs 46-31 in the second half to claim the crown. Despite forcing just 15 Georgia turnovers, UAB converted those into 23 points again three pints for UGA.

Georgia was led by Justin Hill and his 17 points. Kario Oquendo had 12 points and Braelen Bridges had 10 points and seven rebounds.

In the consolation game of the Beach Bracket, Selton Miguel scored 19 points and handed out six assists and Tyler Harris netted 18 points to lead South Florida to a 75-62 win over Saint Joseph’s.

In the Ocean Bracket, Xander Rice had 20 points and five rebounds as Bucknell pulled away with a 79-65 win over Austin Peay.

Trailing by nine with 2:50 to play in the first half, the Bison cut the lead to four, 33-29, heading into intermission. They then came out and posted 50 second half points en route to the win.

Alex Timmerman led all scorers with 23 points to go along with seven rebounds for Bucknell. Rice garnered Ocean Bracket MVP honors while Timmerman was named to the all-tournament team.

Austin Peay’s balanced offense was paced by Cameron Copeland and his 15 points. Carlos Paez and Jalen Ware had 12 points each while Caleb Stone-Carrawell and Sean Durugordon had 11 apiece.

In the consolation game, Gerald Drumgoole Jr. scored 20 points to lead UAlbany to a 68-65 win over Presbyterian.

Joining Rice on the all-tournament team were teammates Alex Timmerman and Andre Screen, Jalen Ware of Austin Peay, and Gerald Drumgoole of UAlbany.