Since Martin Ingelsby took over at Delaware three seasons ago, the Blue Hens have shown steady improvement…in posting 17 wins a year ago, Delaware recorded its most wins since the 2013-14 season…three starters return from that squad, paced by guard Ryan Allen, who led the Blue Hens with a 16.0 ppg average while shooting 41% from 3-point range…a second member of the back court, Kevin Anderson, led Delaware with 109 assists to go with a 10.7 ppg scoring average…the Blue Hens add eligible transfers Nate Darling (UAB) and Justyn Mutts (High Point) who are expected to make immediate contributions.

Only Syracuse’s Jim Boeheim (44 years) and Duke’s Mike Krzyzewski (40 years) have been at their schools longer than Greg Kampe has been at Oakland…entering his 36th year, he has led the Golden Grizzlies to 618 wins and seven NCAA Tournaments, including three at the Division I level…three starters return from a year ago, led by first-team All-Horizon League selection forward Xavier Hill-Mais, who led the Golden Grizzlies in scoring (18.3 ppg) and rebounding (7.2 rpg)…center Brad Brechting tallied 9.5 ppg while shooting a team-best 58% from the field…sophomore guard Tray Maddox, Jr. started 20 games last season and averaged 6.7 ppg. 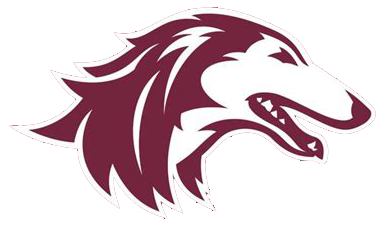 Bryan Mullins returns to his alma mater as head coach after serving on the staff at Loyola Chicago, where he helped guide the Ramblers on a remarkable run to the 2018 Final Four…with the Salukis, he inherits a team with only four players returning from a 17-win squad a year ago…leading that group are a pair of guards in Aaron Cook and Eric McGill…Cook led the team with 118 assists while scoring at a 10.4 ppg clip…McGill tallied 9.7 ppg and pulled down 5.7 rpg…forward Brendan Gooch played in 16 games last season.

Steve Henson enters his fourth season at UTSA and welcomes back three starters, including the highest scoring backcourt tandem in the country…guards Jhivvan Jackson and Keaton Wallace combined to score 43.1 ppg, tops in the nation a year ago…Jackson led C-USA in scoring at 22.9 ppg to go with 4.1 rpg in earning first-team all-league honors…Wallace averaged 20.2 ppg and 5.0 rpg to garner second-team honors…senior forward Byron Frohnen, who has made all 100 starts in his career, returns after averaging 6.4 ppg and 6.8 rpg.