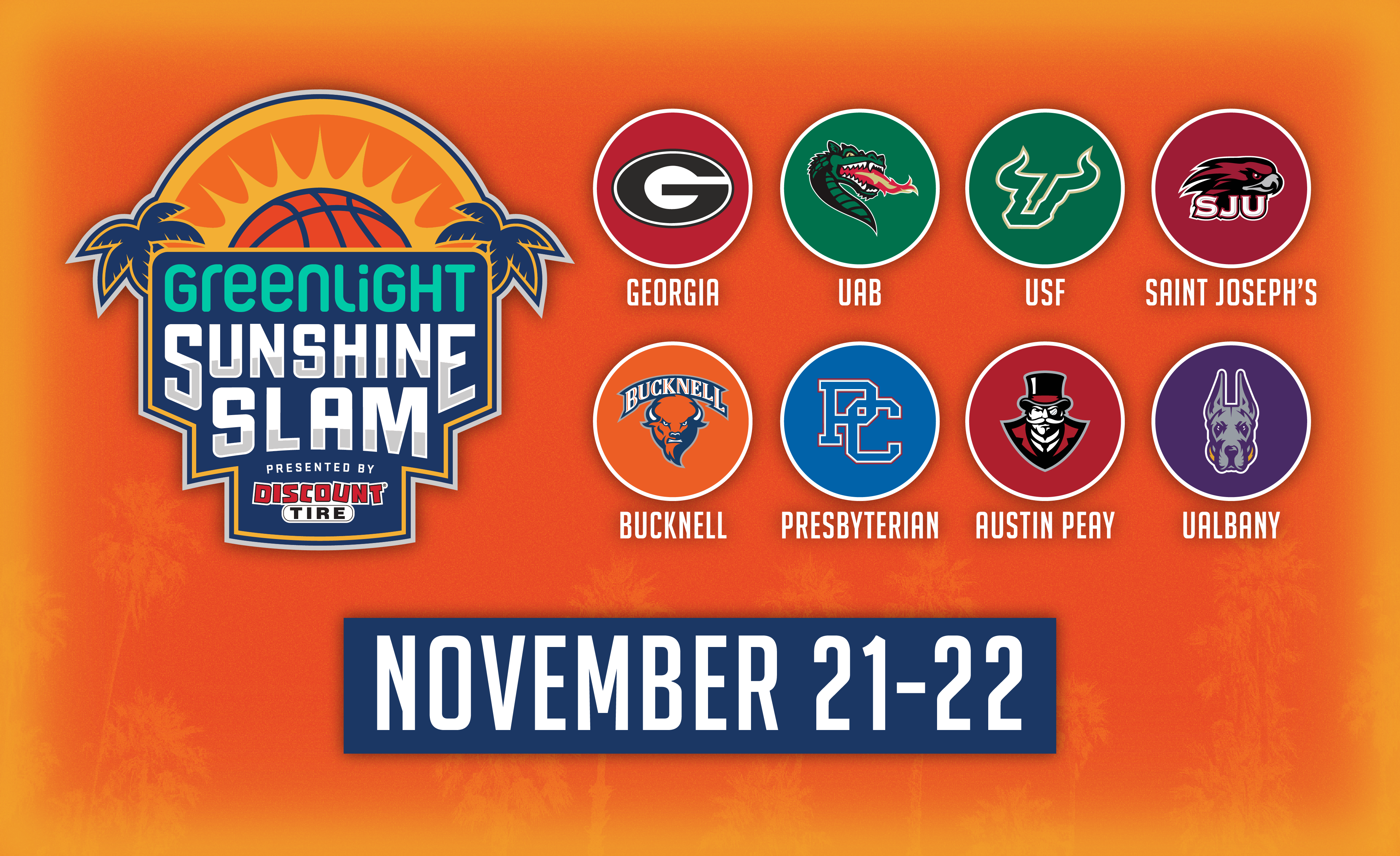 DAYTONA BEACH, Fla. – Georgia and UAB will square off for the title of the Beach Bracket while Austin Peay and Bucknell will vie for the Ocean Bracket championship in the Greenlight Sunshine Slam presented by Discount Tire at the Ocean Center.

In the Beach Bracket portion of the event, Georgia got off to a strong start and never looked back as the Bulldogs secured a 66-53 win over Saint Joseph’s.

Kario Oquendo led the Dawgs with 15 points to go with five rebounds, while Terry Roberts, Jabri Abdur-Rahim, and Justin Hill all scored 12 points in the victory.

Georgia limited the Hawks to just 2-of-16 shooting from three and 21-of-57 shooting overall. Georgia also outrebounded Saint Joseph’s 45-32, which included 14 offensive boards.

The Hawks were led by the trio of Erik Reynolds II, Cameron Brown, and Ejike Obinna, each of whom scored 10 points.

The Bulldogs will take on UAB, winners of an 80-65 decision over South Florida.

In the Ocean Bracket, Austin Peay trailed 32-30 at halftime before outscoring UAlbany 44-27 in the second half en route to a 74-59 win.

Elijah Hutchins-Everett led everyone with 23 points – 19 in the second half - as well as nine rebounds for the Governors. Caleb Stone-Carawell added 17 points, Carlos Paez had 11 points, and Jalen Ware and Cameron Copeland each scored 10 points.

The Great Danes were paced by the 13-point efforts of Gerald Drumgoole Jr. and Da’Kquan Davis.

Bucknell advanced to play for the Ocean Bracket crown with a 66-65 win over Presbyterian.

Leading 25-10 in the first half, the Bison were outscored 16-6 to close the first half with a 31-26 lead. The game remained close and with the score tied at 65, Andre Screen was fouled and hit one of two from the line with 6 seconds left to give Bucknell the win.

Screen ended the game with 17 points and 12 rebounds. Xander Rice also tallied 17 in the win.

The Blue Hose received 15 points from Winston Hill and 11 apiece from Marquis Barnett and Jalen Forest.

Tuesday starts with the Ocean Bracket championship game between Austin Peay at Bucknell at noon (ET).  That will be followed at 4:00pm by the Beach Bracket title match between Georgia and UAB, which will air on CSB Sports Network.

The Ocean Bracket championship game, as well as the two consolation games, will air on FloHoops.

Tickets for the games may be purchased at Ticketmaster.com.