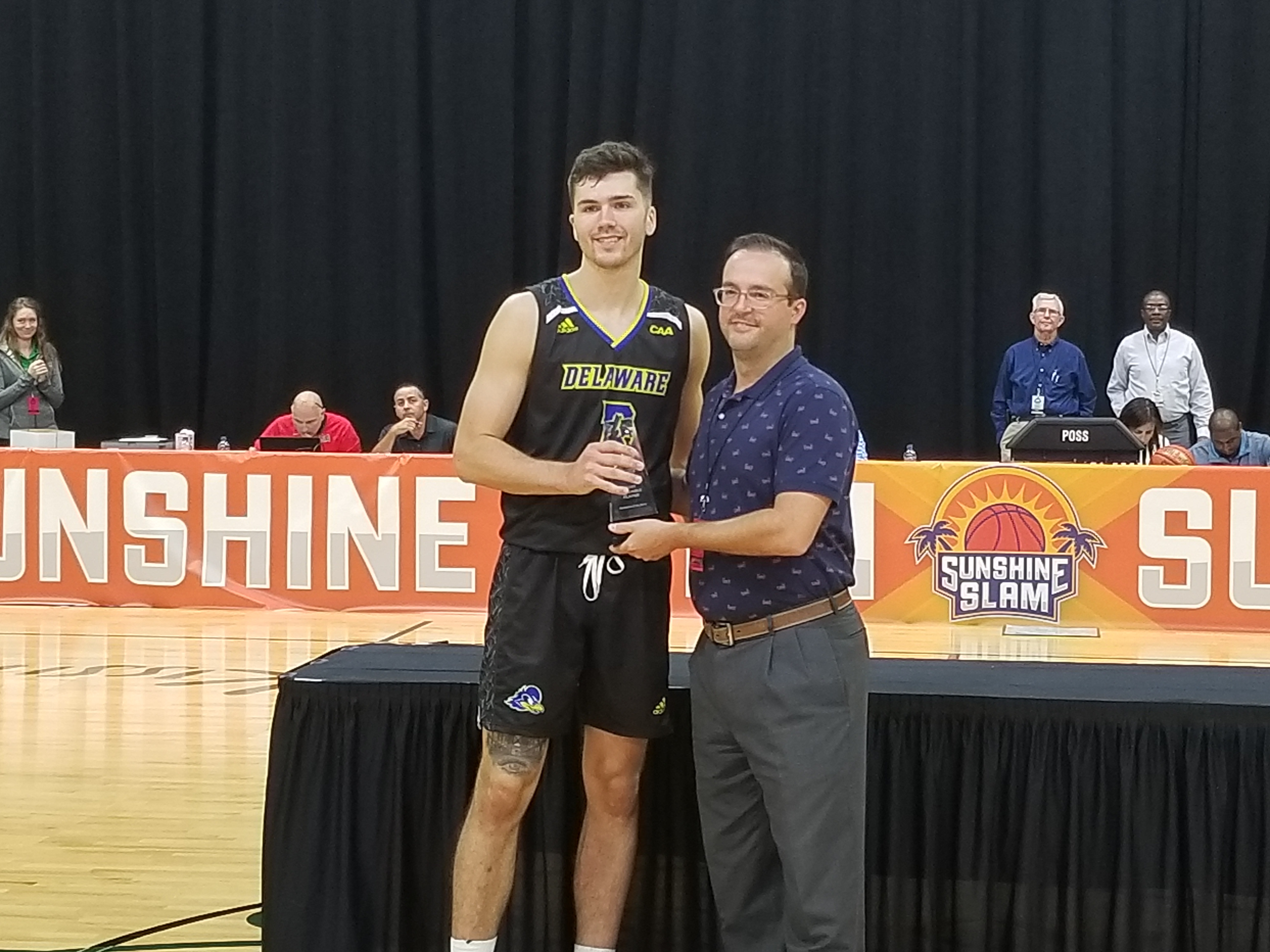 KISSIMMEE, Fla. - Delaware made it 3-for-3 in the inaugural Sunshine Slam with a 91-70 with over UTSA at Silver Spurs Arena.

Nate Darling (pictured above) scored 37 points in averaging 25.7 ppg for the tournament to earn MVP honors. Kevin Anderson also earned a spot on the all-tournament team with his 32-point effort against the Roadrunners.

UTSA scored the game’s first two points on a Keaton Wallace short jumper. Delaware then scored 16 of the next 18 points just four minutes into the contest and did not trail from there. After UTSA pulled within 33-26, the Blue Hens scored the next 12 points to take a 19-point advantage on two Mutts free throws at the 5:16 mark.

The Roadrunners cut the margin to 47-37 at the break, before an early eight-point surge early in the second half made it a 55-39 game with 18 minutes to play. UTSA got within 59-53 just over four minutes later, but Delaware pushed the advantage back to 73-59 midway through the period and was never seriously threatened down the stretch.

At 4-0, Delaware is the only team in the nation with four wins on the season.

Jhivvan Jackson led UTSA with 26 points while Wallace ended the game with 17. Jackson was named to the all-tournament team.

In the first game of the afternoon. Oakland built a 12-point halftime lead and held off Southern Illinois to claim a 61-52 decision.

Daniel Oladapo led all scorer with 23 points for the Golden Grizzlies, who also received 16 points and 12 rebounds from Brad Brechting, 11 points from Tray Maddox Jr. , and six points and nine assists from Kevin Kangu, who was named to the all-tournament team.