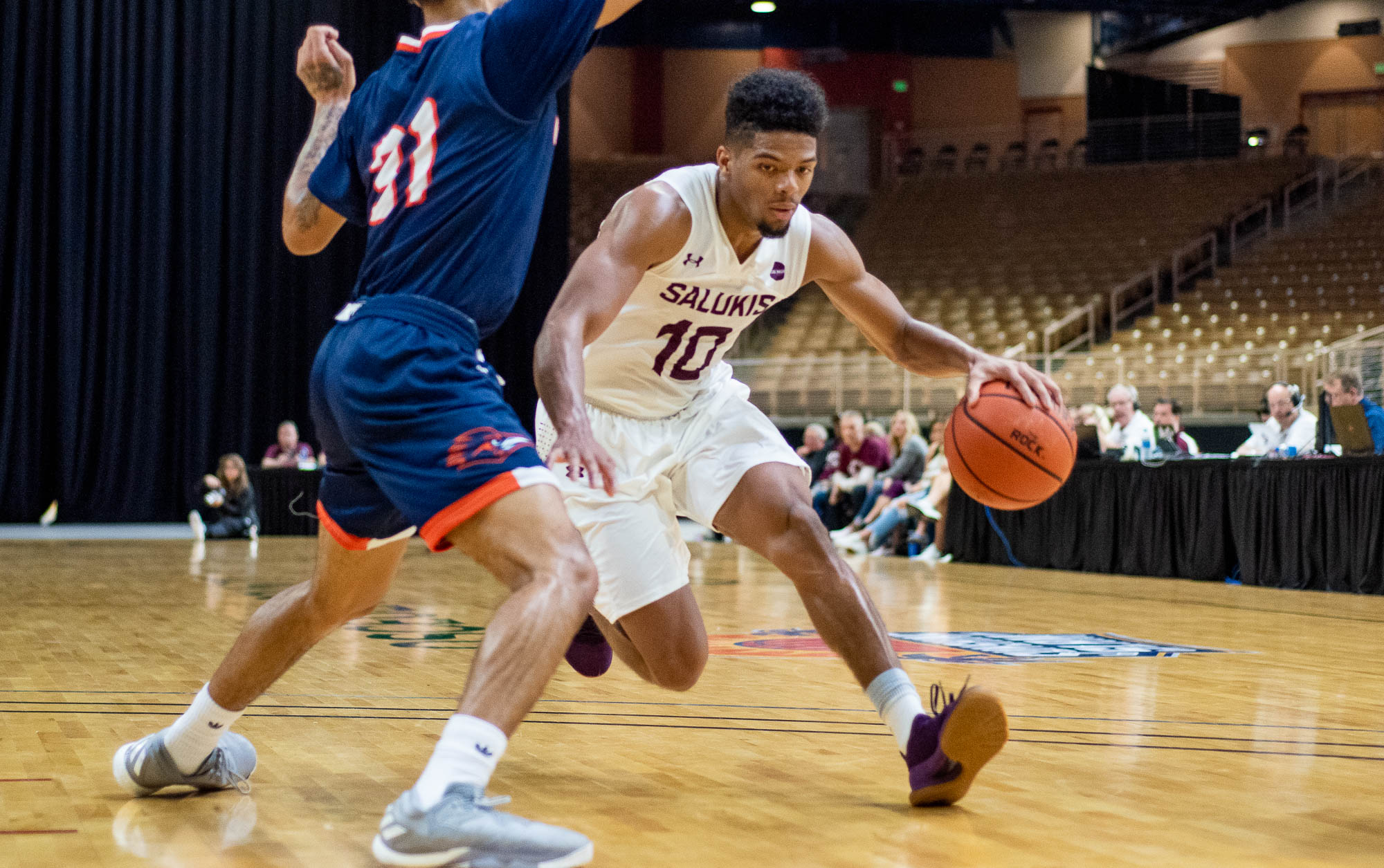 GAMES OF RUNS HIGHLIGHT DAY 1 OF THE SUNSHINE SLAM

KISSIMMEE, Fla. - On the first day of the inaugural Sunshine Slam, it was scoring runs that ensured Delaware and Southern Illinois to emerge victorious.

In the event’s opener, Delaware used a 25-2 run in the second half and withstood an Oakland comeback to post a 56-53 win at Silver Spurs Arena.

Delaware trailed 28-20 at the half and the Golden Grizzlies quickly scored the first two buckets of the second half to take a 12-point advantage. However the Blue Hens went on a 16-0 run while holding Oakland scoreless for the next eight minutes, going in front 36-32 on a Nate Darling basket at the 10:56 mark.

The Golden Grizzlies finally ended the run with a Xavier Hill-Mais layup, but Delaware countered with another nine-point spurt to go up 45-34 on consecutive triples by Ryan Allen and Darling.

The Blue Hens were still up seven at 53-46 with 3:21 on the clock before Oakland scored six consecutive points to close within 53-52 with a minute to play. But Allen then drove to the lane and fed Collin Goss for a layup, and after each team hit one free throw, Oakland's Tray Maddox Jr. missed a 3-pointer just before the final buzzer.

Darling, making his Blue Hen debut, finished with a game-high 22 points in going 5-of-9 from 3-point range. Allen contributed 12 points and five assists, while Goss collected a game-best 10 rebounds.

The Golden Grizzlies were led by Maddox’s 15 points and Hill-Mais and Kevin Kangu, who had 12 points apiece.

In the nightcap, Southern Illinois raced out to a 20-point first-half lead en route to a 72-60 win over UTSA. The Salukis held the high-scoring Roadrunners to 30.4 percent shooting from the field.

In his first game against a Division I opponent, true freshman Marcus Domask scored 24 points on 6-of-9 shooting and added four rebounds, three assists, and two steals.

The senior class contributed as well, led by Aaron Cook (pictured above) who had 19 points, four rebounds, three assists, and four steals. Eric McGill tied a career high with seven assists and didn't commit a turnover, and Barret Benson (pictured) scored a career-high 17 points and pulled down six rebounds.

UTSA features the nation's highest scoring backcourt from a year ago, with Jhivvan Jackson and Keaton Wallace teaming-up for more than 45 points per game last year. Jackson got loose on SIU, scoring a game-high 32 points, but SIU held down everyone else. In the first half, when SIU pulled ahead by as many as 20 points, Jackson was 7-for-13, but the rest of UTSA's team went 1-for-17.

SIU used a 15-0 run to grab its big lead in the first half. During one stretch, SIU held UTSA scoreless for more than seven and a half minutes. But the Roadrunners returned the favor in the second half, holding the Salukis scoreless for more than six minutes while going on a 15-0 run of its own to get back in the game. UTSA got as close as three points on two occasions, but SIU never lost the lead.

The Sunshine Slam resumes on Saturday with Delaware meeting Southern Illinois at 3:00pm (ET), followed by UTSA vs. Oakland. All games can be seen on FloHoops. For information on viewing the games, go to www.FloHoops.com