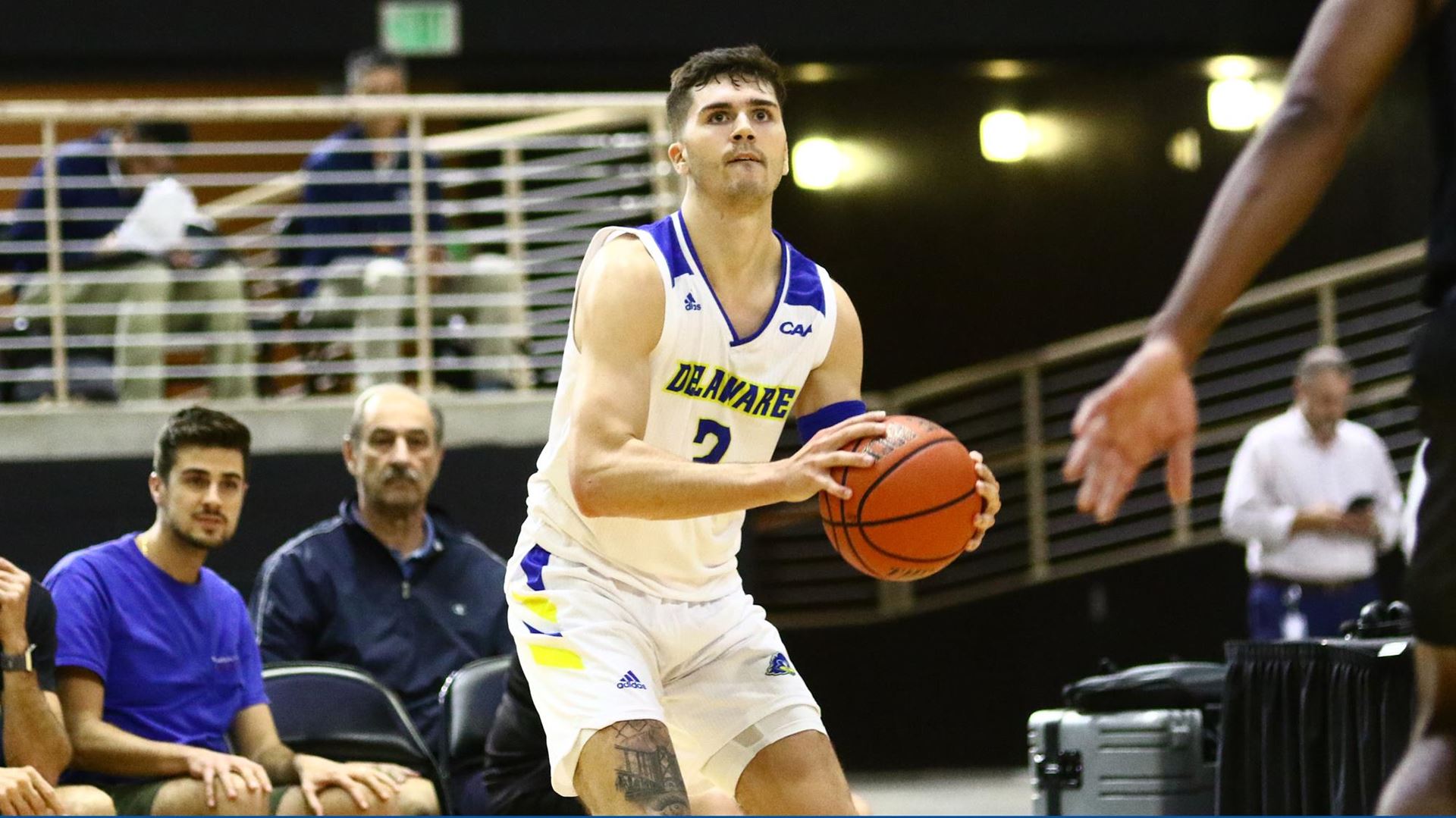 DELAWARE AND OAKLAND VICTORIOUS ON DAY 2 OF THE SUNSHINE SLAM

The Blue Hens took a 34-24 lead at the half, and were still up nine at 48-39 following a Nate Darling (pictured above) 3-pointer with 10:12 remaining. The Salukis answered with eight consecutive points, five by Aaron Cook, to pull within one, before Ryan Allen connected on a baseline jumper to make it a 50-47 game at the 7:10 mark.

After the teams both went scoreless for over four minutes, Southern Illinois scored the next six points, capped by a Marcus Domask layup, to go in front 53-50. However Anderson converted a driving layup with 1:04 left, and following a Salukis’ miss, the junior point guard again hit a layup to put Delaware back ahead with 30 seconds on the clock.

Allen later added two clutch foul shots and after an SIU free throw, Darling missed the front end of a one-and-one to give the Salukis a final shot. SIU got the ball to midcourt with 0.9 seconds left, but Barrett Benson's desperation 3-pointer was off the mark.

Cook paced the Salukis with 16 points. Eric McGill had 11 points and eight rebounds, and Domask ended the game with nine points.

In the nightcap, Oakland trailed by as many as nine points before putting on a scoring burst that resulted in a 75-62 win over UTSA.

Knox Hellums nailed a 3-pointer with 2:56 remaining in the second half to give the Roadrunners a 35-26 lead – their biggest of the game. However, Oakland managed to outscore UTSA 7-1 to end the half down 36-33. That would prove a harbinger for the second half.

In the second half, the Golden Grizzlies, who shot 36% in the first half as opposed to UTSA’s 47% shooting, shot 59% in the second half and limited the Roadrunners to just 22% shooting while outscoring UTSA 42-26.

Kevin Kangu scored a game-best 20 points for the Golden Grizzlies, who also received 19 points and 12 rebounds from Xavier Hill-Mais and 16 points and five assists from Tray Maddox Jr.

The Sunshine Slam will conclude on Sunday with Southern Illinois taking on Oakland at 1:00pm (ET), followed by Delaware vs. UTSA. All games can be seen on FloHoops. For information on viewing the games, go to www.FloHoops.com